Social acceptance and friendship are hallmarks of the human experience. Humans are social creatures. However, humans get lost in the amalgam of social constructs, organizations, cliques and so forth. Humans effectively lose their sense of self because they feel the need to ‘belong’ to something external to themselves. Friendship must not be a substitute for self-knowledge/self-realization. Reliance on friendship(s) for validation and support, although at times helpful, can be a hindrance. According to the KJV Luke 17:21 Neither shall they say, Lo here! or, lo there! for, behold, the Kingdom of GOD is Within YOU (emphasis added).

Humans, as primates, are social creatures. The methods through which humans interact with, determine worth / status of and worship / revile other humans results from various social constructs and hierarchies. It is so woven into the fabric of societies that many fail to realize their unconscious functioning within them. They tie humans together in a web that supports the need to feel accepted and included.  Many individuals fall into identification with the social constructs and feel as though they are necessary for their well-being. They choose to not venture beyond those zones of comfort to which they have grown accustomed.

It is through the longing for external connection that humans lose the connection with their inner being. They abandon their inner self and adopt a group-think mind set. There is a lot that can be accomplished in a group. Yet the group inclusion can co-opt the individual, the free thinker, the independent one. One must be capable of carrying on with no external or outside input. It is a mark of awareness of the spark that resides deep within every human. This is the ability that enables one to weather the storm, to face difficulty and to be at ease in the midst of confusing externalities. One does not shrink away from socialization, per se; rather one is confident in their ability to stand alone. 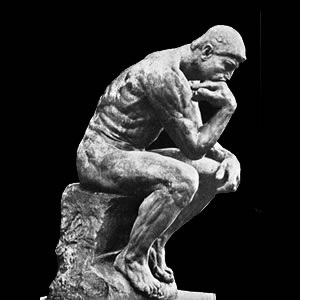 Validation is part of being interdependent and relying on the feedback and encouragement of others they are also able to accept their own self-validation if they do not get it from someone else.

The problem arises when self-validation is not possible or is not valued. In other words, if an individual puts the opinion, approval, or recognition of someone else over their own feelings, they will need that external, other person’s validation on an ongoing basis.

A significant aspect of the need for validation from others has evolved out of social media and the way people frame themselves and their identity based on how others respond to their posts. Matthew Lieberman, a professor of psychology at the University of California, Los Angeles and author of Social: Why Our Brains Are Wired to Connect, found that social media fulfills the desire to be part of a group and to avoid feeling isolated and potentially vulnerable. (Lieberman, 2013; Tjepkema, 2019)

Most people have a friend who is constantly posting and continually checking in on likes, comments, retweets, and shares of their messages. And it’s not just a few people, with over 3.2 billion people using social media on a daily basis around the world. Research by Emarsys which reports that this number represents about 42 percent of the total global population.

In the U.S., almost 70 percent of the adult population uses Facebook, with 90.4 percent of Millennials reporting themselves to be active users. By clicking the thumbs up, posting a comment, or sharing a post, people are validating each other at an increasing rate.

This, as well as the need for in-person validation, can create anxiety, depression, and low self-esteem, and make it addictive to hear praise, acceptance, and acknowledgment in all aspects of life.

Physical activity and mental fortitude can benefit one. even through their later years. They are intertwined; in effect, they support each other. One, then, must engage in activities which will engender the ability to maintain a level of independence. This would assist one in being more capable as they age, both mentally and physical. Even though we are all human and must live and interact within society, we must have confidence in our abilities to trust in, be at one with and believe in our own individual selves.